Yesterday while strolling in my neighbourhood, I came across a partially torn notice stuck on the door of one of the confectionery stores in my neighbourhood. The notice read that single use plastic is being banned in India with effect from 1st July, 2022. On the spot, I did some calculation in my head and realised it’s more than 3.5 months since the policy has been in effect. 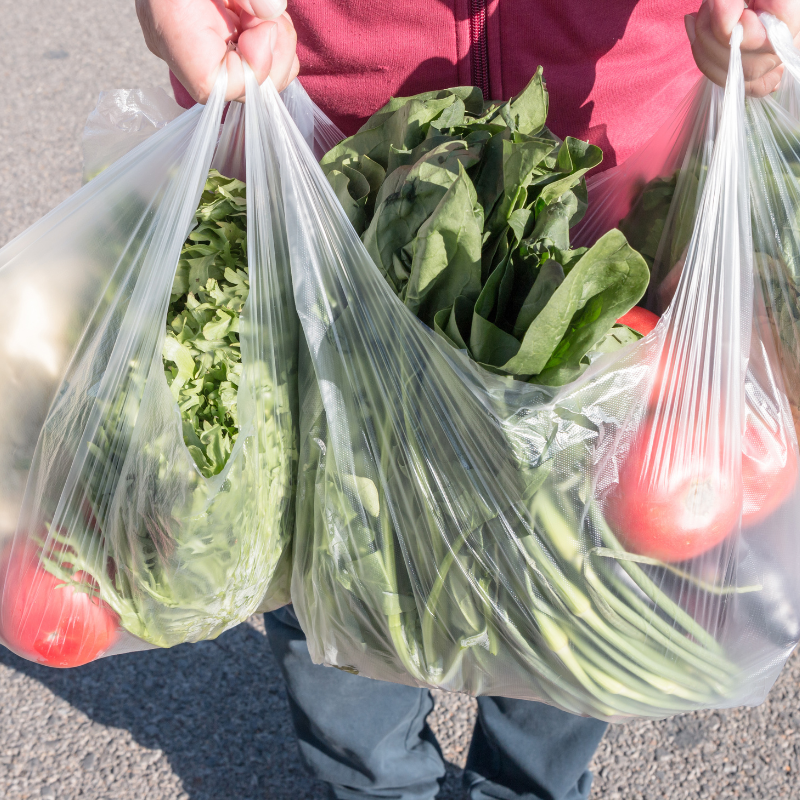 Then, I turned around to find almost everyone carrying vegetables and other confectionery items in single use plastic polybags. Intrigued, I stepped a bit closer to the confectionery store and heard the owner requesting customers to carry their own polybags and people making the usual promise – ‘next time’. As we all know, ‘next time’ rarely comes.

In the last three years, I have seen these kind of bans being announced multiple times. Every time the story remains the same – there is some strictness/vigilance for two weeks or so, then the people and the authorities both forget about it. I have failed to understand why humans, who are usually motivated to avoid threats, do not take climate change seriously. This is happening despite multiple national and international reports giving the ultimatum that climate change is happening and it’s worse than expected. As per Intergovernmental Panel on Climate Change (IPCC)’s sixth assessment report on climate change, more than 40% of world’s population is living in areas that are highly vulnerable to climate change (IPCC, 2022).

This unusual human behaviour has stuck with me multiple times but this time I decided to address it. After some reading and skimming through several psychology books, this is my understanding of why humans tend to ignore climate change, despite it having serious life threatening consequences.

One plausible explanation or cause of this human phenomenon is that climate change as an issue doesn’t top people’s list of everyday concerns. The answer to why this happens lies in the working of human brain. 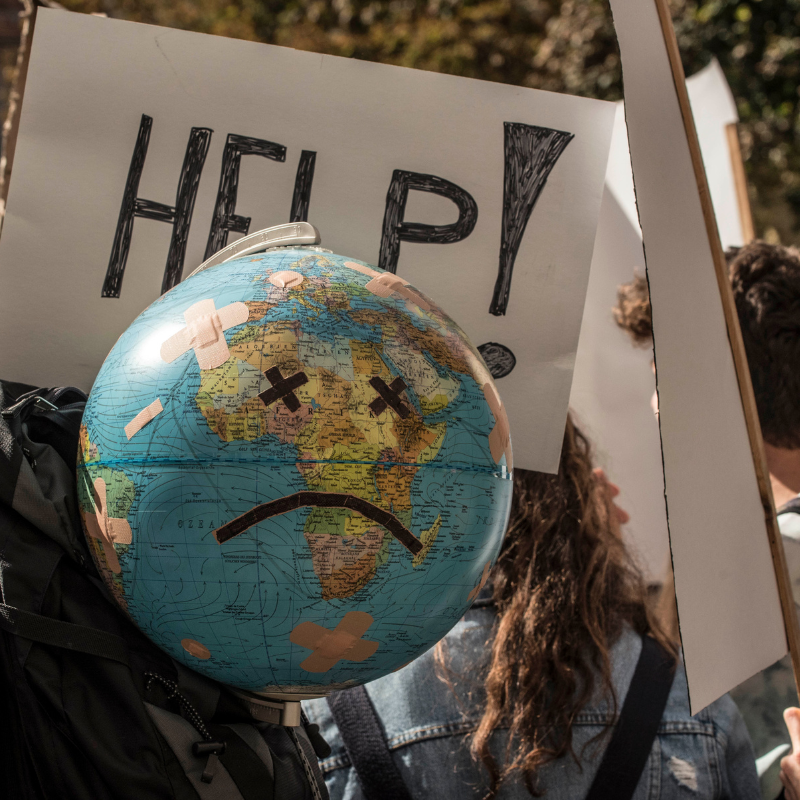 According to Evolutionary Psychologist Robert Gifford (2011), human brain has not evolved much in thousands of years and just like our ancestors we are also concerned about immediate danger and present times. Gifford argues that human brain is designed in a manner that it attends to problems that have the following four qualities; intentional, immoral, imminent and instantaneous. Here,

Gifford has in fact classified problems that do not meet the last two criteria as slow problems (Gifford, 2011). Further research on slow problems has suggested that there is a threshold rate of change, below which many important social, economic, technological, and demographic changes can occur without getting on the political and public radar screen. This threshold has been estimated to be 2-3 % annually (Rejeski, 2015). Climate change falls far below this estimated threshold. Thus, classifying as a slow problem. According to NOAA’s 2021 Annual Climate Report the combined land and ocean temperature has increased at an average rate of 0.14 degrees Fahrenheit (0.08 degrees Celsius) per decade since 1880  National Oceanic and Atmospheric Administration (NOAA), 2021). 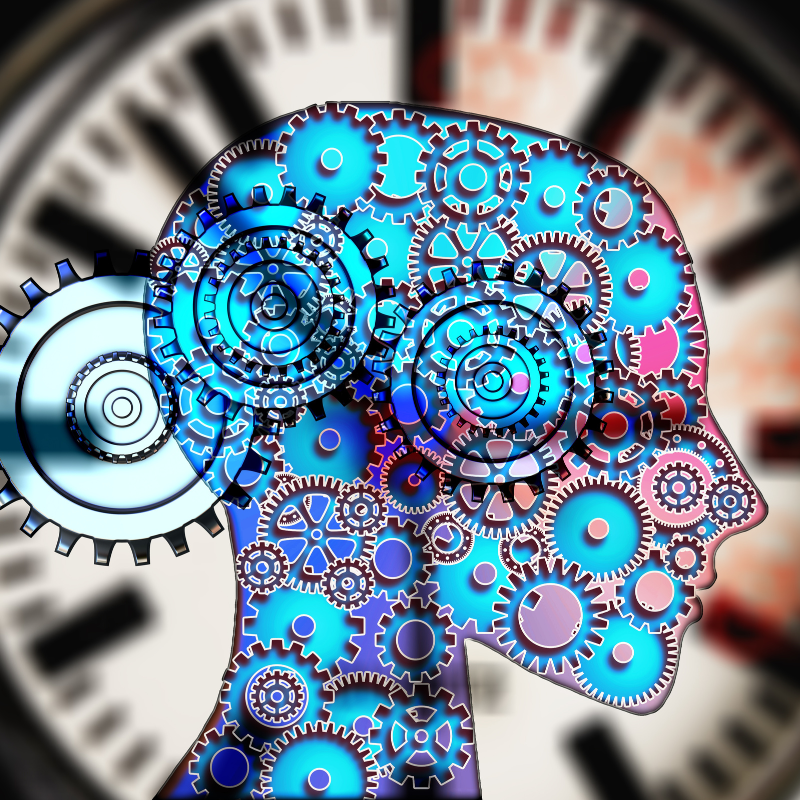 Neuroscience has further supported these evolutionary psychology findings. Studies have shown that the pathway between the amygdala, emotional stimulant of the brain and the prefrontal cortex, executive control and decision making unit of the brain, is a one way path. Strong emotional reactions – as to intentional threats, immoral actions, clear and present dangers, rapid changes, etc. – can spark reasoning and planning. Whereas the opposite is not true i.e., risks that might seem reasonably critical in the future would not produce strong emotional reactions in the present (Ghashghaei et al., 2015). Thus, explaining why climate change doesn’t induce threat in the present day.

The issue with slow problems is not just limited to these physiological reactions. In case of slow problems, people’s perception of risk is further distorted by cognitive biases. Thus, expediting the process of detaching of mind from slow problems. Some of these cognitive distortions are discussed in detail below:

The above discussion might have given you the impression that nothing can be done about climate change as humans are wired in a way that they would always step back from taking action on climate change. This impression is not entirely true. Fortunately, it is possible to overcome these biases. That is why there are so many people who still make the smarter choices/ decisions.

Slow problems require more mental effort to be brought about into the human consciousness. Therefore, it becomes imperatively important to have more conversations around climate change. The more we speak about it, the more we think about it and ultimately, the likelihood of acting on it is higher. For future interventions and programmes, it would be certainly helpful to take cognisance of the biases and use them to nudge people towards pro-environmental behaviour. Interestingly, these biases give us an insight into how human mind functions. Therefore, every solution doesn’t even have to come from supressing/overcoming them, it’s also possible to build interventions around them. In other words, using human biases to nudge people to engage in sustainable behaviour.

On this note, I have also put few reminders on my phone. By few, I meant one after every two hours. The reminder reads “Availability bias knocking in – carry your cloth bag whenever stepping out for shopping”.

Sidhi Goyal is a  is a Project Coordinator at Development Solutions. She’s a Psychology graduate from Lady Shri Ram College for Women. Sidhi loves talking and writing about everything psychology, social impact and politics.