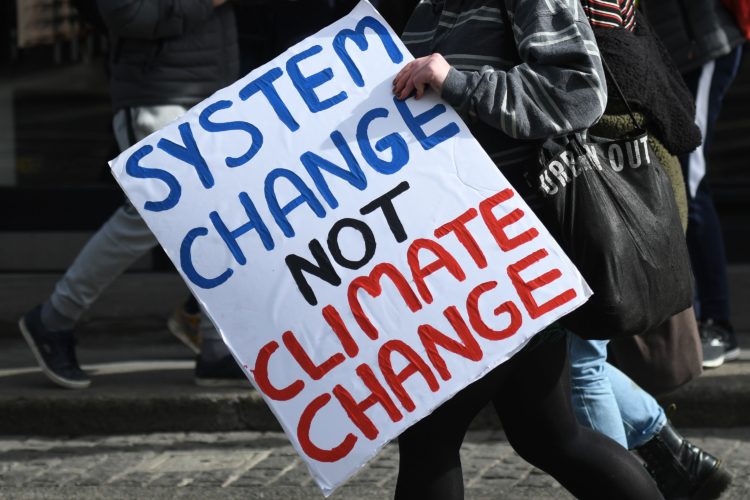 The Climate Crisis is a code red for humanity

We need to take action before it’s too late

India is one of the most vulnerable countries towards climate change

We’ve been reading and discussing how the climate crisis is a major problem for a country like India. It’s not just environmentally disruptive but also socio-economically; the worst-case scenarios include flooding in coastal areas, inaccessibility to clean water, heat waves etc. While it is important to keep your eyes open to possible threats, the conversation around climate change needs to be solution and initiative oriented. I’m sure you must have read all the three statements mentioned above since the Intergovernmental Panel on Climate Change (IPCC) released their sixth assessment report.

Over the last couple of years, India has seen a rise in youth climate action groups with organizations like Fridays for Future (FFF) and Extinction Rebellion (XR India). The sudden rise of youth climate groups has enabled much more dialogue and activism about climate change for two reasons; one being the accessibility to information online and how easily it can be disseminated through smartphones and secondly with climate change being threatening to future environments, the youth emerge to be catalysts of positive and actionable change.

To understand the psyche behind youth climate activism with the idea of empowering more young persons to get involved, Tanya Kathuria, communications coordinator at Development Solutions interviewed Palak Sharma, a youth activist working in climate change.

Palak Sharma is a Diana awardee who founded her own initiative called Green Governance Initiative which is a youth-based policy research think-tank that works through a collaboration with elected representatives, policymakers, and administrators, to ensure the effective implementation of the “United Nations’ 2030 Agenda for Sustainable Development along with India 2030”. Palak is currently working on listening and transferring stories of climate mitigation from indigenous communities. Her work remains inspirational to many young leaders who wish to step into the world of social impact.

On being asked why she chose to enter the climate change space Palak says, “My work fairly revolved around SDGs and my own research was specifically around ‘Reducing Inequalities’. A huge realization happened when I saw how climate change deepened inequalities in almost every sphere. Right after it, whenever I got a chance to interact with socially conscious young people, we explored the mental & emotional effects of climate change we all are facing- the urgency, the sadness, the hurry, and the inevitability.”

When we talk about youth climate activism, our question remains why youth are the focus point of bringing climate action and justice to life, to which Palak comments, “I guess more than ‘noticeable change’, our focus needs to shift on ‘impactful change’. Activism is a very personal space and while it doesn’t harm to get some notice from media and public, the first requisite of a good change is the ability to create micro level improvement. For that matter, I believe young people are socially active, receptive to the changes happening around, aware about the uncertainties that surround our future and more accepting of the need to change our ways of life- this puts them in a better position to lead actions.”

While we do acknowledge the harrowing effects of climate change, we also need to address issues that affect marginalized communities more than privileged urban cohorts; the IPCC report points out that with a 7,517 km coastline, India will sea rising sea levels and 28.6 million people will be exposed to coastal flooding if sea levels rise 50 cm. With youth organizations mobilization in mostly urban cohorts, it becomes difficult to provide accessibility and awareness to rural settings.

On being asked how young activists can tackle this situation Palak insightfully shares her experience with the same,” My recent project is on Decolonizing Climate Change– our main aim being collecting climate change mitigation stories of indigenous communities. Young people need to be on a similar track- believing that we don’t have the solutions. The ancestorial knowledge and the age-old traditional practices of revering nature make it even more important for us to listen to their stories. I strongly advocate for listening more than acting. Young people need to understand that we are outsiders, our role is not intervening but facilitating. Access, democracy and inclusivity follows actions that believe in listening to all the stakeholders equally.”

Keeping inclusivity at the forefront in understanding climate mitigation, there is also a need to understand the loop side of the policies that negatively affect communities. “The whole foundation of this needs to be based on inclusion- making marginalized communities not just ‘beneficiaries’ but ‘participants’ & ‘leaders’ themselves. No one understands their problems & issues better than they themselves.” Palak also ardently mentions that “External support is integral to the awareness of their rights & problems for the greater public and that is where our role stops”.

Building on that there remains the question of how we can make sure we are able to communicate about climate mitigation to marginalized communities who remain most affected in countries like India. The need to address that the most affected from climate change aren’t the ones causing it is paramount. Because while the communication remains majorly digital in countries in UK or USA, there still exists a huge digital divide in India, Africa, Kenya among others where there is a huge gender disparity gap as well that prevents women from being on the frontlines of change.

That brings us to another important tool to climate mitigation- education. The climate crisis is not only a global issue but also an intersectional feminist issue where the problem stems from the inaccessibility to education in many areas in rural India.  In a recent study conducted by Development Solutions in 4 areas of Rajasthan (Dausa, Karauli, Tonk and Udaipur) we concluded that only 11% girls had the access to online education during COVID – which boils down to the issue of digital disparities and unawareness of climate change all together.

Palak remarks that the key action to solving this can be capacity building– awareness is the key ingredient of change, and also the first one.

“You cannot be in all spaces; you cannot improve situations alone even if you are in those spaces. But you can create awareness of how rugged that space is, and force actions on improving its status.”- Palak Sharma

In a recent global survey of youths aged 15 to 24 by Plan International, nearly all — 98% — were concerned about climate change and almost three-quarters — 74% — felt very or extremely worried. An overwhelming majority — 82% — don’t know how their government is tackling the crisis, saying they have little to no information on their country’s climate policy and nearly half don’t know what the Paris Agreement is. This exposes significant shortfalls in how governments are engaging youths in the environmental crisis we face.

The education system clearly calls for a change, the learning should go beyond traditional textbook geography or science but bring in reliable information suited to local context in the form of folk art, language transcriptions, cultural references, and local media usage. While it is important to amplify voices of those affected, the youth should act as smart facilitators for bringing out climate mitigation as Palak points out.

On being asked what young professionals can do to help push inclusivity in climate policy making, Palak suggests two things, “One, listen to the stories that are coming from places impacted by climate change, not by a climate scientist sitting in his lab in Columbia. Try stirring conversations with people around it. And two, if you can, work on uncovering micro mitigation strategies of indigenous communities- they have reserves of knowledge. The next step then would be to create more avenues of adaptation of these strategies in wider spaces.”

Drawing a conclusion to this subject is difficult as climate action and justice go way beyond just one single voice, we would love to know your thoughts upon the theme; pushing voices to be heard remains a priority in saturated media environments – with that said we would like for you to visit our LinkedIn page or Twitter and read some testimonials from young climate change professionals. Our goal as a social impact organization remains to empower and bring out transformative change through our efforts.

Tanya Kathuria is a communications coordinator at Development Solutions Inc. She works on building DS’s social media, visibility and branding while continuing to work on paramount social issues which include inclusivity, socio-economic disparities, and social impact communication. You can find her on twitter @_tanyakathuria.