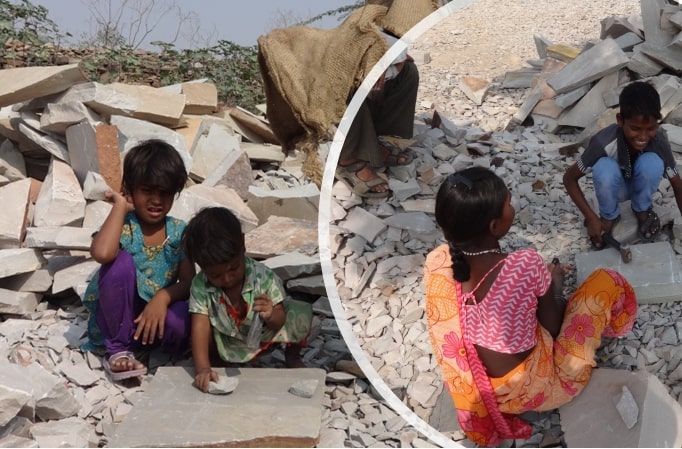 The Integrated Child Protection Scheme (ICPS) in India, launched in 2009, under the stewardship of the Ministry of Women and Child Development (MWCD), seeks to enable ‘child protection,’ by:

In doing so, the guidelines for the scheme outline that child protection is not exclusively the responsibility of the MWCD, but also of other Government ministries/ departments, including, but not limited to Education, Health, Police, Judiciary, and Labour, and Non-Government and Civil Society Organizations (NGOs and CSOs).

In the last six years, we have done multiple studies and evaluations on child labour in a few industries. We have also evaluated an intervention on ICPS.

Our research, evaluations, and interactions with stakeholders in many states indicate that convergence and coordination are a major t challenge, affecting the implementation of the ICPS. This blog outlines some of the challenges.

Prevention efforts under the ICPS, often at the village level, are expected to be coordinated and monitored by the Village Child Protection Committees (VCPCs). These committees, where formed, are led by the Sarpanch and comprise ward members, school teacher, village health workers, Aanganwadi workers, and community representatives. Each of these members   represent and report to  different departments. The VCPCs  are expected to report to the Block Child Protection Committees (BCPCs). Thus, there is no single accountability of the members.  Hence, many  VCPCs are  non-functional. The VCPCs, where functional, are usually supported by local NGOs, who enable capacity building and handholding support.

The Block Child Protection Committee, which is also an inter-departmental committee, is often non-functional as well. The VCPCs, where functional, consequently, end-up reporting to the District Child Protection Unit (DCPU). The DCPU has multiple roles, and with limited staff and capacity, it is unable to review the VCPC reports and enable feedback. The VCPCs, thus, end-up functioning, as guided by NGOs, with limited reporting and monitoring.

Rescue efforts to free trafficked children are undertaken as a joint effort of the Anti-Human Trafficking Unit (AHTU) of the Police, the ChildLine, the labour department, and NGOs/ CSOs. Once the police received a tip-off on a potential trafficking operation; it is verified, following which a joint team is formed to undertake a raid.

NGOs often highlight challenges in convincing the police or labour departments to consider a tip-off seriously. Instances highlighted suggest that Government departments may refuse to accept the prevalence of child labour and trafficking and the data provided by NGOs. Especially if the district has been declared child labour free. Further, the need to convince and bring onboard multiple departments could be time taking.

Once a raid is conducted, different members of the team report back to their departments/ superiors. For instance, the AHTU would file a report with the police department, the labour department would file their report, and child-line would report on the central data portal. No standard reporting, sharing of data, or even reporting on common indicators was mentioned in any of the states.

Once rescued, the Child Welfare Committees (CWC),  decide on the rehabilitation of children. For children placed in institutional homes – the process of admission and ensuring paperwork for repatriation (back to their home states and families), requires the coordinated effort of the police, CWC, health department (does a medical check-up and age certification), labour department, sub-district magistrate, judiciary and the NGO operating the home. There are often significant delays in repatriation, owing to the role of multiple stakeholders, each following their processes. The NGOs operating the homes also reported challenges in negotiating with various departments and enabling the needed paperwork. Finally, coordination is also needed with other states, where rescued children must be sent back. Owing to the coordination challenges and delays, children may stay in short-stay homes for up to six to nine months!

As articulated in the guidelines – preventive, rescue, and rehabilitative efforts for child protection, involve multiple stakeholders, both from the Government and civil society. Given the plethora of processes and stakeholders involved, convergence is a challenge. However, to ensure that systems are effective and that the rights of children are protected, coordination and convergence are essential. There is a need for in-depth research to understand processes and challenges and enable local, sustainable solutions for a more coordinated effort.